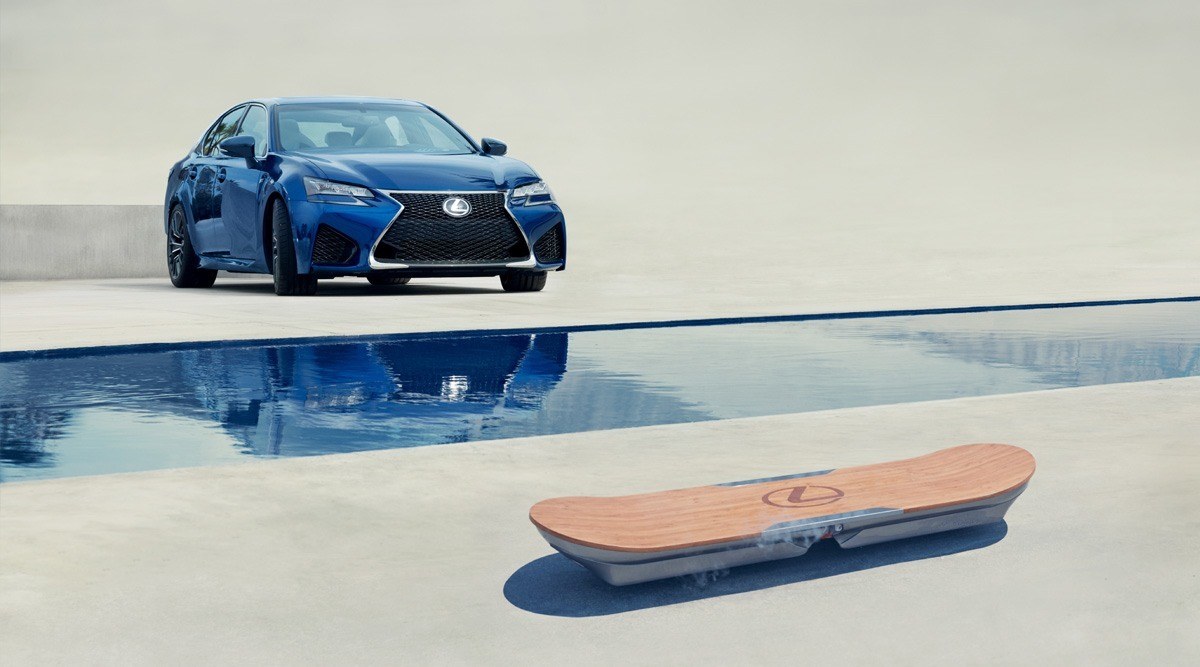 Lexus Hoverboard, is this the real deal?

If you have not been living under the rock lately you would have heard about the Lexus hoverboard. This follows the concept taken from the American science-fiction adventure comedy film directed by Robert Zemeckis and written by Bob Galemovie called Back to the future from the 80’s.

You heard right and it is real. It is called “Slide,” but what is the big deal/ big cheese? Lexus Hoverboard is a skateboard-like device that floats a few inches above the ground, it can also float across water, promising the ultimate in future, personal travel. The device is designed by car firm Lexus. To pull off what seemed an impossible feat, it works using a combination of superconductors, magnets and liquid nitrogen. The board supposedly uses electromagnetism to levitate itself off the ground. When the board is cooled to its operating temperature the track’s magnetic flux lines are ‘pinned’ into place, maintaining the hover height of the board.

The board is real, the board itself is about the size of a large skateboard and weighs about 9kg and it exists exclusively for the purpose of elevating the Lexus brand image. However, this board works only at that custom-crafted park (only run on special tracks) and professional skaters who run a test on it have complained about struggling to keep the thing from dragging on the ground at times. The Hoverboard only stays ‘charged’ for 20 minutes, until the liquid nitrogen evaporates, then the board loses its superconductivity. That’s despite liquid nitrogen refills every 10 minutes or so. But I would go wherever I have to just to skate few inches above the ground. This is an amazing device and certainly we are back to the future.